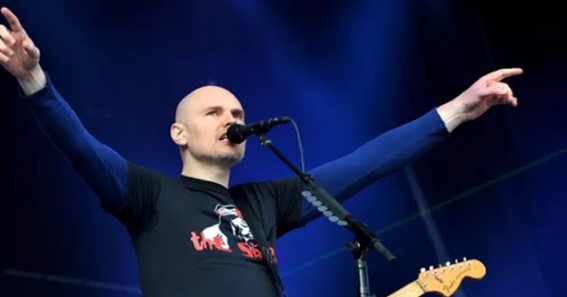 Who Is The Lead Singer Of Smashing Pumpkins?

You can keep on reading further to learn more about Smashing Pumpkins’ lead singer.

About The Lead Singer Of Smashing Pumpkins

William is mostly known as Billy Corgan. He, James Iha (guitarist), D’arcy Wretzky (bassist), and Jimmy Chamberlin (drummer) together formed The Smashing Pumpkins. The band’s fame increased after strong album sales and large-scale tours. They together enjoyed their fame in the 1900s until their break-up in 2000.

Corgan later started a new band named Zwan. He also released one solo album named The Future Embrace in 2005 and a collection of poetry named Blinking with Fists. Later on, a new version of Smashing Pumpkins was formed including Corgan. The band has released and toured new albums since 2007. Corgan released his first solo album Ogilala in 2017. However, his latest album Cotillions was released in 2019.

Billy founded Resistance Pro Wrestling in 2011. He later on also joined Total Nonstop Action Wrestling in 2015 and became its president in 2016. He left TNA in 2016 and purchased the NWA in 2017. He transformed NWA from a brand licensing organization to a singular promotion.

William is the oldest son of William Dale Corgan and Martha Louise Maes Corgan Lutz. He was born at Columbus Hospital on March 17, 1967. Billy was raised Catholic and is of Irish and German-Swiss descent. However, his parents had one more son named Ricky before divorcing in 1970.

Billy’s father got remarried to a flight attendant and had a son. Corgan and his brother Ricky went to live with them in Illinois. The singer alleges that his stepmother was abusive to him in both ways physically and emotionally. His father and stepmother got separated and all three boys lived with their stepmother.

The lead singer got married to Chris Fabian at a small ceremony in Wrigleyville in 1993. Billy Corgan’s wife was an art conservator and artist. In late 1995, Billy and Chris separated and filed for divorce on grounds of irreconcilable differences. However, Billy refused to discuss anything about the marriage for years. He later started dating Ukrainian photographer Yelena Yemchuk until 2004.

Some of the best songs of the lead singer of Smashing Pumpkins are Bullet with Butterfly Wings, I Am One, Disarm, Today, and Drown. Billy Corgan’s net worth is about $60 million dollars. Whereas D’arcy Wretzky is the original bass player of the Smashing Pumpkins but she left the band in 1999.

Who Are The Original Members Of Smashing Pumpkins?

Formed in 1988 by frontman and guitarist Billy Corgan, bassist D’arcy Wretzky, guitarist James Iha and drummer Jimmy Chamberlin, the band has undergone several line-up changes since their reunion in 2006, with Corgan being the sole constant member since its inception.

Why Was The Smashing Pumpkins Cancelled?

Smashing Pumpkins have been forced to cancel a date on their current tour. The band had been set to play at the Moda Centre in Portland, Oregon, but Pumpkins frontman Billy Corgan came down with a case of laryngitis and could not perform.

How Long Is Longest Concert?

The concert began in 2001 at the former St. Burchard church in Halberstadt, Germany, and is scheduled to conclude in 2640, for a duration of 639 years.

What Is The Longest Played Song?

Out of the longest songs that exist in the world, “Wagner’s Cycle” takes the cake in terms of performance.

What Did Billy Corgan Change His Name To?

My name is William.” The crowd, enamored with the fancy name change, erupted with chants of “William!”, to which Corgan replied, “My mother thanks you, in Heaven.