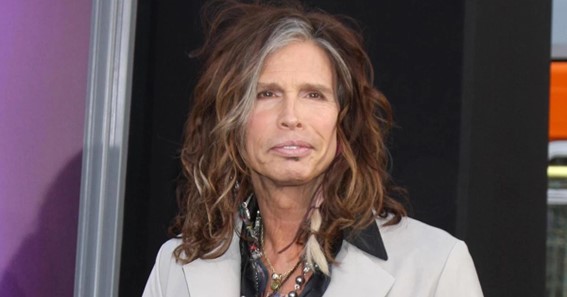 The lead singer of Aerosmith is Steven Victor Tallarico who is professionally known as Steven Tyler. He is a famous American singer and also plays the harmonica, piano, and percussion for the band Aerosmith.

You can keep on reading further to know more about who is the new lead singer of Aerosmith.

About The Lead Singer Of Aerosmith

Steven was well known for his on-stage acrobatics. Tyler mostly wore colorful dresses/outfits during his performances. His look was never completed without his trademark scarves hanging from his microphone stand. In 1970, he was known as the lead singer of the band Aerosmith. Here, he released hard rock albums such as Toys in the Attic and Rocks.

Tyler also released a string of hit singles including Dream On, Sweet Emotion, and Walk This Way. During the late 1970s and 1980s, he had a very heavy drug and alcohol addiction. Tyler completed his drug rehabilitation in 1986. Later, Tyler and Joe Perry joined Run-DMC for a remake of Walk This Way. This song later became a Top 5 hit!

The original lead singer of Aerosmith embarked on several solo albums including guest appearances with other musicians. The band launched a comeback with their multi-platinum albums like Permanent Vacation, Pump, Get a Grip, and Nine Lives. These albums won the band numerous awards. During this time, Aerosmith embarked on their longest concert tours. Here, they promoted their singles with conceptual music videos and made appearances in television, film, and video games too.

Steven’s father was of Italian and German descent. On the other side, his mother was of Ukrainian, English, and African-American ancestry. Tyler even attended Roosevelt High School in Yonkers, New York. Later on, he was expelled from the school due to marijuana use. Steven completed his graduation from Quintano School for Young Professionals. Earlier, Tyler sang backing vocals on The Left Banke Too album for the pop group The Left Banke.

The lead singer of Aerosmith’s age currently is 74 years. Tyler even had a brief relationship with fashion model Bebe Buell. Later on, he married Cyrinda Foxe who was the former wife of David Johansen in 1978. The couple got divorced in 1987 and then Foxe died from brain cancer in 2002. Tyler got married to Teresa Barrick in 1988. Along with Barrick, he fathered a daughter Chelsea and a son Taj. The couple announced their separation due to personal problems in 2005.

Later on, Tyler began a relationship with Erin Brady in 2006. They both even got engaged in 2011 but broke off their engagement in 2013. The lead singer of the band Aerosmith had two more daughters named Liv Tyler and Mia Tyler. Liv has made a name for herself through hard work and incredible talent. She is a world-class actress and a well-known silver screen superstar!

You must be wondering where does Steven Tyler live. He now stays in Marshfield, MA. According to recent reports, Steven Tyler’s net worth is around $150 million dollars. While the original Aerosmith members include Joe Perry, Ray Tabano, Tom Hamilton, and Joey Kramer.

Click here – Who Is The Lead Singer Of Imagine Dragons?

What Happened To The Lead Singer Of Aerosmith?

But Tyler has continued to record music and perform with Aerosmith, after more than 50 years in the band. In 2016, Tyler released his debut solo album, We’re All Somebody from Somewhere, a country rock album that included the single “Love Is Your Name”.

How Many Original Members Of Aerosmith Are Left?

How many band members have been in Aerosmith? The current line up of Aerosmith is Steven Tyler, Joe Perry, Tom Hamilton, Joey Kramer and Brad Whitford, and has been that grouping pretty much since its inception. The band line-up came about when two bands joined up, and something new was born.

Who’s The Oldest Member Of Aerosmith?

Steven Tyler is the oldest at 74 and Tom Hamilton & Brad Whitford are both 70.

What Was Aerosmith’s Number One Hit?

“I Don’t Want to Miss a Thing,” their Armageddon power ballad penned by Diane Warren, topped the chart for four weeks (beginning Sep. 5, 1998), becoming their sole No. 1, and nearly 25 years after the band first appeared on the Hot 100.

In an interview with Classic Rock, Steven Tyler describes how he declined the offer to replace Robert Plant in Led Zeppelin due to the emphasis he wanted to place on his pre-existing projects.

Who Was Aerosmith’s Wife?

Steven is even known as the Demon of Screamin as he got famous due to his high screams and powerful wide vocal range. He has been known to have an androgynous persona both on and offstage. The lead singer of Aerosmith continued to record music after more than 50 years in the band!

Click here – Who Is The Lead Singer Of Lostprophets?