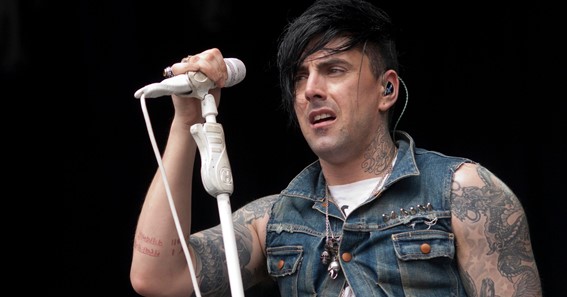 Who Is The Lead Singer Of Lostprophets

About The Lead Singer Of Lostprophets

In 2013, the lead singer of Lostprophets was sentenced to 29 years of imprisonment for multiple sexual offenses. This included the sexual assault of young children and babies! Later on, his imprisonment was further extended by 10 months. This time, he was found guilty of having a mobile phone in prison.

The birth name of the lead singer of Lostprophets is Ian David Karslake Watkins. He was born in Merthyr Tydfil. Later on, he moved to Pontypridd. Here, Ian attended Hawthorn High School with Mike Lewis. He obtained a degree in graphic design from the University of Wales, Newport.

Mike and Ian equally enjoyed the rock and metal music a lot! This strengthened their friendship. They together formed a thrash metal band named Aftermath. They both together used to play the band in a shed in Watkin’s garden.

Years later, Watkins was introduced to future bandmate Lee Gaze via a mutual friend. Ian and Lee decided to form a new band called Fleshbind. This band was based on their American hardcore punk influences. They performed several shows, but the group was short-lived.

Watkins, Gaze, and Lewis together created their own band named Lostprophets. They made their live debut in 1997. Here, Ian Watkins was introduced as the lead singer of Lostprophets. Ian Watkins’ net worth at that time was about $500 thousand dollars.

In 2012, Ian was charged with conspiracy to engage in sexual activity with a one-year-old girl. He even distributed indecent images of children and extreme animal pornography. Watkins was pleaded guilty to attempted rape and sexual assault of a child under 13. But was not guilty of rape.

Click here – Who Is The Lead Singer Of Aerosmith?

What Happened To The Lead Singer Of The Lostprophets?

The lead singer of Lostprophets was sent to prison for 29 years for sexual offenses.

Did Lostprophets Get A New Singer?

No, Lostprophets didn’t get a new singer for the band. But the band members joined American singer Geoff Rickly to form a new band named No Devotion.

What Happened With Ian Watkins?

Ian Watkins was jailed for 29 years for sexual offenses. He was again jailed for 10 months for possessing a cell phone in prison.

How Old Is Ian Watkins?

What Happened To The Other Band Members Of Lostprophets?

Watkins pleaded guilty to several charges. In December 2013, he was sentenced to 29 years of imprisonment plus six years of parole. In June 2014, the remaining members joined American singer Geoff Rickly to form a new band, No Devotion.

Why Was Lostprophets Removed From Spotify?

Well folks, this is nothing new.

In 2013, Lostprophets frontman Ian Watkins was sentenced to 35 years in prison for a string of disturbing sex crimes. When those details were made public, HMV moved quickly and pulled all Lostprophets’ music from the shelves of its then 140-store chain.

Is Lostprophets Singer Still In Jail?

He is serving a 29-year prison term at the jail for 13 sex offences including the attempted rape of a baby. Watkins, 42, was jailed at Leeds Crown Court for 10 months, to be served consecutively to his current sentence.

Lostprophets gave a wide variety of genres in their music. In fact, their music is termed an aggressive style of rock, groove, and bounce. Thus, that’s all you need to know about the band and the lead singer of Lostprophets.

Click here – Who Is The Lead Singer Of Slipknot?

To Know Some Great Stuff Do Visit WhatIsFullformOf

To Know Some Great Stuff Do Visit WhatIsMeaningOf

To Know Some Great Stuff Do Visit WhatIsss

To Know Some Great Stuff Do Visit disadvantagess

To Know Some Great Stuff Do Visit heathhopro