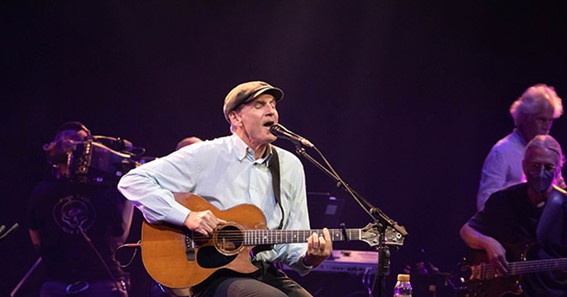 Who Is The Lead Singer Of Chicago?

The lead singer of Chicago is Neil Donell who is a Canadian singer. He has worked majorly as a session musician. Neil was also nominated for multiple Juno Awards. However, Terry Kath is the original lead singer of the band Chicago.

You can keep on reading further to know more about the lead singer of Chicago in the 70s.

About The Lead Singer Of Chicago

Neil has been the lead tenor singer for the band Chicago since 2018. He originally hails from Montreal, Quebec, and later moved to Toronto in the mid-1980s. However, he is still a resident of that city. Donell has a four-octave vocal range and has logged more than 10000 sessions in his singing career! He even performed a new rendition of the song for Rainbow Sun Production’s video presentation.

Terry Alan Kath was best known as a founding member of the rock band Chicago. He played guitar and also sang lead vocals on many of the band’s early hit singles. You must be wondering what happened to the original lead singer of Chicago. Terry often struggled with health issues and drug abuse towards the end of the 1970s. Unfortunately, he died in January 1978. But do you how did the lead singer of the band Chicago die? He died at the age of 31 from an unintentional self-inflicted gunshot wound to the head.

Kath enjoyed target shooting and used to regularly carry guns. After a party at home, Kath picked up a semi-automatic 9-mm pistol and leaned back in a chair. He then put the gun to his temple and pulled the trigger. The gun had a round in the chamber due to which he instantly died from the gunshot. The lead singer of the rock band Chicago death news shattered the group’s members and his wife Camelia Ortiz. In fact, the band members were strongly considering disbanding the band.

Chicago’s lead singer Peter Cetera joined the band in 1967. He was also the bassist of the same rock band. However, he left the band in 1985 and launched a successful solo career. In his entire singing career, he has done 17 albums with Chicago and eight solo albums. As a solo artist, Cetera has scored six Top 40 singles. He was also nominated for both an Academy Award and a Golden Globe Award.

But do you know why did Peter Cetera leave Chicago? In 1985, Chicago’s management and other members of the band expressed a desire to book another tour. During this time, Peter and the band members were unable to resolve their differences and then Cetera left the band.

What Happened To Lead Singer Of Chicago?

In 1978, Terry Kath of the band Chicago died of an accidental self-inflicted gunshot wound. Now his bandmates recall his life and shocking death.

Who Replaced The Lead Singer Of Chicago?

Jason Scheff, Longtime Tenor Lead Vocalist of the Rock and Roll Hall of Fame inducted supergroup Chicago. Scheff joined the group in 1985 replacing the iconic vocalist/bass player Peter Cetera going on to be one of the principal songwriters and main contributors throughout Chicago’s career.

Which Members Of Chicago Are Touring 2022?

2022 will mark the band’s 55th consecutive year of touring, with the original three band members, Robert Lamm on keyboards and vocals, Lee Loughnane on trumpet and vocals, and James Pankow on trombone. The band line-up also includes Wally Reyes, Jr.

How Many Original Members Of Chicago Still Perform?

As of July 2018, the three remaining active original members of Chicago are Lamm, Loughnane, and Pankow. Parazaider has retired from regular touring but is still considered a band member, and may play special events.

How Many Lead Singers Were In Chicago?

In the 80s, though, only Peter Cetera, Jason Scheff and Bill Champlin provided vocals. Hence the awfulness. I guess I’ll try to start with an answer. On the first three chicago albums, there are three lead vocalists