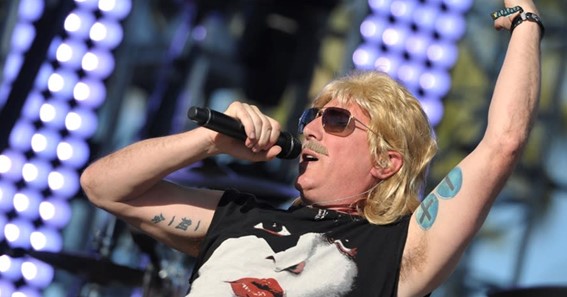 The lead singer of Tool performed several worldwide tours and produced albums topping the charts in several countries! Tool is an American rock band from Los Angeles which was formed in 1990. The band has released five studio albums, one EP, and one box set. In today’s article, I will discuss everything about the lead singer of the band Tool.

Who Is The Lead Singer Of Tool?

The lead singer of Tool is Maynard James Keenan who is a well-known American singer, songwriter, record producer, actor, and winemaker! Maynard’s birth name is James Herbert Keenan. He is also the singer and primary lyricist of the rock bands A Perfect Circle and Puscifer.

You can keep on reading to find out whether the lead singer of Tool is dead or alive!

About The Lead Singer Of Tool

Tool’s lead singer Maynard was born in Ravenna, Ohio on April 17, 1964, to Judith Marie and Michael Loren Keenan. His father Judith used to work as a Southern Baptist. Maynard is of Irish and Italian descent. After his parents got divorced, Keenan would only see his father once a year for the next 12 years. However, his mother got remarried bringing Keenan into an intolerant and unworldly household.

In 1976, his mother suffered a paralyzing subarachnoid haemorrhage due to a ruptured cerebral aneurysm when he was just 11. This incident later served as an inspiration for his songs like Jimmy and Wings for Marie. After a few years, Maynard James Keenan’s mother persuaded him to live with his father in Scottville.

In 1982, Keenan completed his graduation from Manson Country Central High School in Scottville. In high school, he was a member of the wrestling team. In fact, his father was also one of the coaches for the team. Later, he left coaching when Keenan completed his graduation in 1982. Keenan joined the United States Army with the intention of having the G.I Bill fund his dream of attending art school. Before studying at West Point Prep School, he served in the Army as a forward observer.

Maynard James Keenan even completed a rigorous math and English curriculum. In addition to this, he wrestled, ran on the cross-country team, and sang in the glee club. While spending time in the military, he adopted the name “Maynard”. This name was based on a fictional character he had created in high school. He declined an appointment to West Point and choose to pursue a music career.

Kennan’s grandparents and great-uncle made wine in Northern Italy. They even own Merkin Vineyards and Caduceus Cellars. The name Merkin was named after a public wig while the name Caduceus was named after an ancient symbol for commerce. Keenan is a partner of Stronghold Vineyards located in Sulfur Springs Valley, Arizona.

In 2003, Keenan’s mother died due to complications from an aneurysm at the age of 59. After her death, the lead singer of Tool and owner of Caduceus Cellars winery scattered her ashes across one of his vineyards. He later named one of his wines Nagual del Judith after his mother.

Why Does The Lead Singer Of Tool Hide?

Apparently Maynard has an eye issue which manifests itself in a sensitivity to bright lights and flashes. It got so bad that it came close to ending his ability to perform live. When the lights get flashing and really going, it causes an almost vertigo-ish reaction that can lead to his passing out.

Why Does Tool Play Behind A Curtain?

Tool began their set playing “Fear Inoculum” behind a custom string curtain. Designed to expand on Tool’s lighting and projection effects, the half-circle curtain gives the illusion of the band performing inside a psychedelic cylinder.

Why Is Tool Called Tool?

In 1994, Danny Carey said the band name stands for how they want their music to be a “tool” to aid in understanding lachrymology. Lachrymology is the art of crying as a type of therapy. However, this was just another rumor they started (as many bands do) to keep us (or them) entertained.

How Good Is Tool Band?

Anyone who is a Tool fan knows that they are the greatest band of all time. Their creativity is paralleled only by great acts like Pink Floyd. But Tool took things even further.

How Much Does Tool Make Per Concert?

Tool are Basically Getting Paid $1 Million Per Live Show | MetalSucks.

The lead singer of the Tool side band is Maynard James Keenan who is also known as James Herbert Keenan. Keenan was always been interested in the music industry even before forming Tool. The lead singer of Tool earned a solid place in the industry in a short time!