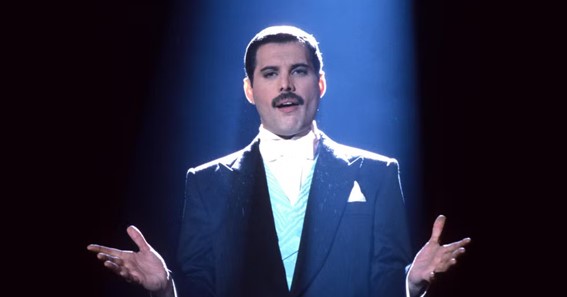 Who Is The Lead Singer Of Queen?

The lead singer of Queen is Freddie Mercury who is a famous British singer and songwriter. Freddie was widely known for his flamboyant stage persona and four-octave vocal range. He achieved worldwide fame as a rock frontman with his theatrical style. After his death, Adam Lambert became Queen’s lead singer.

About The Lead Singer Of Queen

Freddie Mercury, the lead singer of the band Queen was born in Zanzibar to Parsi-Indian parents. He attended English-style boarding schools in India. His family moved to Middlesex, England after the Zanzibar Revolution. Over here, he studied and wrote music for years. In 1970, Freddie formed Queen with guitarist Brian May and drummer Roger Taylor.

With Brian and Roger, Freddie game numerous hits for Queen. This included Killer Queen, Bohemian Rhapsody, Somebody to Love, We Are the Champions, Don’t Stop Me Now, and Crazy Little Thing Called Love. He often interacted with the audience during his stage performances. Later on, they were joined by bassist John Deacon.

After the release of Queen’s first album, Freddie designed the band’s logo. The logo is known as the Queen crest. This logo is a combination of the zodiac signs of the four band members. It includes two lions (Leo) for Deacon and Taylor, a crab (Cancer) for May, and two fairies (Virgo) for Mercury. However, the whole logo is overshadowed by an enormous phoenix.

In 1987, Freddie was diagnosed with AIDS. But he continued to record with Queen and even featured on their final album named Made in Heaven. Mercury announced his diagnosis the day before his death in 1991. He died at the age of 45 from complications from the disease. After the lead singer of Queen’s death, a concert in tribute to him was held at Wembley Stadium in benefit of AIDS awareness in 1992.

The band even got an Ivor Novello Award for Outstanding Song Collection from the British Academy of Songwriters, Composers, and Authors. The singer was also voted number 58 in the BBC’s poll of the 100 Greatest Britons! Later on, Mercury’s career with the band Queen was dramatized in the 2018 biopic Bohemian Rhapsody.

The new lead singer of Queen Adam Lambert performed at the annual music festival in Brazil. He was known for his dynamic vocal performances. In fact, he even sold over 3 million albums and 5 million singles worldwide by far. Adam rose to fame after finishing as runner-up on the 8th season of American Idol. He started his collaboration with the rock band Queen in 2011. Since then, he is included in several worldwide tours from 20014 to 2022.

Click here – Who Is The Lead Singer Of Metallica?

Who Is The Lead Singer Of Queens Now?

Adam Lambert is one of the most successful stars to have come from US reality TV. Since appearing on American Idol, he has fronted Queen and became a massively popular singer around the world.

Who Was Freddie Mercury’s Favorite Singer?

Aretha Franklin, known as The Queen Of Soul, had a huge influence on Mercury. “I love Aretha Franklin above all other singers,” said Mercury. “She must have one of the best voices ever and she sings like a dream.

Who Did Freddie Mercury Leave All His Money To?

Freddie signed a will in September 1991, that gave half of his vast wealth to Mary and the rest to his parents and sister. Most of his friends, including lover Jim Hutton, were given £500,000 each or a house. Mary was Freddie’s bedside holding his hand when he passed away at the age of 45

What Was Queen’s Last Song Before He Died?

Details. “Mother Love” was the final song co-written by Mercury and May, and was also Mercury’s last vocal performance.

Since 2011, Lambert has been joining the Queen’s remaining active members, May and Roger Taylor, in touring and performing the band’s hit songs. The American vocalist joined the duo two years after Paul Rodgers ended his project with them.

Freddie led a solo career and was also a producer and guest musician for other artists. In his final years, Mercury lost his sight and was unable to leave his bed. The lead singer of Queen had charisma and power in his performance that made him the biggest inspiration today!

Click here – Who Is The Lead Singer Of Papa Roach