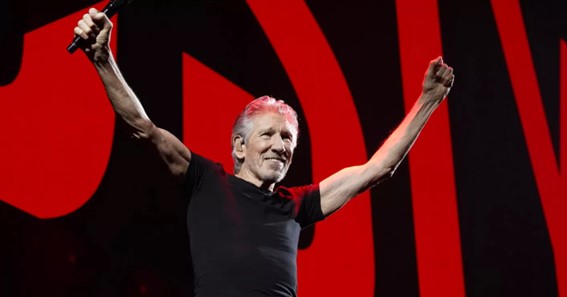 Who Is The Lead Singer Of Pink Floyd?

The lead singer of Pink Floyd was Roger Keith Barrett who was also the songwriter and musician of the band. Roger was mostly known by the name Syd. He co-founded the rock band “Pink Floyd” in 1965.

You can keep on reading to find out what happened to the lead singer of Pink Floyd.

About The Lead Singer Of Pink Floyd

Syd Barrett was the original frontman and primary songwriter of Pink Floyd. He was well known for his whimsical style of psychedelia, English-accented singing, and stream-of-consciousness writing style. Being a guitarist, Roger was influential for his free-form playing and for employing effects. This included dissonance, distortion, echo, and feedback.

Roger was originally trained as a painter! He was musically active for less than 10 years. He recorded four singles and several unreleased songs with Pink Floyd. Syd was ousted from the band due to mental illness and his excessive usage of psychedelic drugs in 1968.

Pink Floyd’s original name was The Megadeaths but was then renamed after Pink Anderson and Floyd Council. This rock band sold more than 250 million records worldwide! This made them one of the best-selling music artists of all time. The records “The Dard Side of the Moon” and “The Wall” were inducted into the Grammy Hall of Fame. In fact, four Pink Floyd albums even topped the US Billboard 200. Whereas five albums topped the UK Album Chart.

In 1969, Barrett started his solo career with the single Octopus. He even released the albums The Madcap Laughs and Barrett which was recorded with the aid of several members of Pink Floyd. Later, in 1972, Barrett left the music industry, retired from public life, and guarded his privacy until his death. During this time, he continued painting and dedicated his time to gardening.

The lead singer of Pink Floyd died due to pancreatic cancer at the age of 60 in Cambridge. His funeral was held at Cambridge Crematorium on 18th July 2006. Surprisingly, no original Pink Floyd members attended his funeral. Even NME paid a tribute issue to Barrett a week later after his death with a photo of him on the cover.

His sister Rosemary Breen revealed that he wrote an unpublished book about the history of art. According to research, Barrett left £1.7 million to his four siblings. He mostly earned royalties from Pink Floyd compilations and live recordings featuring Barrett’s songs. Rosemary even told that he took a keen interest in art and horticulture. He further continued to devote himself to painting.

Barrett was in a relationship with several women including Libby Gausden, Lindsay Korner, and Jenny Spires. One of his girlfriends was Pakistani-born named Evelyn Rose. Evelyn even appeared on the back cover of The Madcap Laughs. Syd never got married or had children. Many people believe that he was briefly engaged to marry Gayla Pinion. The couple even planned to relocate to Oxford.

How Many Lead Singers Does Pink Floyd Have?

All five members of Pink Floyd have at some point assumed lead vocal duties. During his tenure with the band, Syd Barrett sang lead on most tracks. Most Pink Floyd songs, though, have David Gilmour or Roger Waters on lead, while some have Richard Wright. On a few rare occasions, Nick Mason sang lead.

What Is Pink Floyd’s Biggest Hit?

“Another Brick In the Wall, Pt. 2” is Pink Floyd’s most commercially-successful track. In fact, it’s the only bop from the band to hit #1 on the U.S. singles chart.

Why Did Roger Leave Pink Floyd?

Amid creative differences, Waters left in 1985 and began a legal dispute over the use of the band’s name and material. They settled out of court in 1987. Waters’s solo work includes the studio albums The Pros and Cons of Hitch Hiking (1984), Radio K.A.O.S.

Why Did Pink Floyd Fall Apart?

But it would also mark the last time Pink Floyd’s core members – Roger Waters, David Gilmour, Nick Mason and Richard Wright – would record an album together. Years of touring and financial stress had taken their toll. The egomania of one member, Waters, during the recording of “The Wall” would be the tipping point.

Roger Keith “Syd” Barrett was the lead vocalist of this rock band. The rock band Pink Floyd was awarded the Polar Music Prize in Sweden for their contribution to modern music. The lead singer of Pink Floyd was best known for this whimsical style of psychedelia.