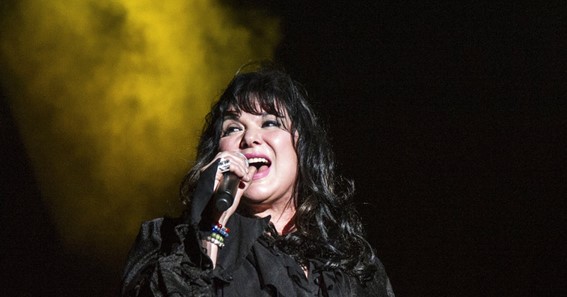 Who Is The Lead Singer Of Heart?

The lead singer of heart Band is Ann Dustin Wilson better known as Ann Wilson. She is an American singer and songwriter. Ann Wilson was ranked number 78 on Hit Parader’s 2006 list of the Greatest Heavy Metal Vocalists of All Time. She is also known for her operatic abilities.

About The Lead Singer Of Heart

Ann Dustin Wilson was born on 19 June 1950, in San Diego, California, US.  Because of her father’s military career, a major in the Marine Corps, the Wilson family moved frequently. In the early 1960s, they lived near US military facilities in Panama and Taiwan before settling in Seattle, Washington.

Wilson turned to music to maintain a sense of home wherever he lived in the world. Wilson’s family eventually settled in Bellevue, Seattle, Washington. She graduated from Sammamish High School in 1968. Wilson also studied at the Cornish College of Arts. Ann Wilson’s children are adopted, her daughter name Marie Wilson in 1991, and her son John Dustin Wilson in 1998.

In the early 1970s, she joined the local band White Heart, which changed its name to Hocus Pocus and Heart in 1974. Wilson’s younger sister, Nancy Willson also joined Heart and the band moved to Canada. Heart recorded his debut album Dreamboat Annie in 1975 in Vancouver and Ann is the singer of Heart.

In the mid-1990s, the Wilson sisters started Bad Animals, a recording studio in Seattle. They formed a side band, the Lovemongers, which performed Led Zeppelin’s The Battle of Evermore on the 1992 soundtrack.

Wilson joined producer Alan Parsons on A Walk Down Abbey Road 2001, a live Beatles tribute tour in 2001. On September 11, 2007, Wilson’s debut solo album Hope and Glory was released. For the past 40 years, Ann is the lead female singer of Heart rock band.

As a child, Ann was bullied for being overweight. She revealed that in the 1970s and early 1980s she used to starve herself and use diet pills to stay thin. By the time Hart made a comeback in the mid-80s, she had gained a significant amount of weight.

In 2012 the Wilson sisters performed a tribute to Led Zeppelin at the Kennedy Center. On 13 July 2015, Wilson announced a solo tour, ‘The Ann Wilson Thing, which began on 21 September. Ann Wilson’s net worth is counted as approximately $18 million.

Who Are The Two Lead Singers Of Heart?

Ann Wilson first rose to fame in the 1970s as the lead singer for the rock band Heart. Her younger sister, Nancy Wilson, plays guitar in the band.

Are The Original Members Of Heart Still Together?

The band’s current lineup includes the Wilson sisters, drummer Denny Fongheiser (from 1993 to 1995, and since 2019), guitarists Craig Bartock (since 2003) and Ryan Waters (since 2019), bassist Andy Stoller and keyboardist Dan Walker (both since 2019).

Who Is The Lead Singer Of Heart Married To?

Is Heart In The Rock Hall Of Fame?

When Heart was inducted into the Rock and Roll Hall of Fame in 2013, all 6 original members reunited on stage to perform. Ann and Nancy Wilson, Roger Fisher and Howard Leese on guitars, and Steve Fossen and Mike Derosier laying down the rhythm.

Why Did Heart Break Up?

Things got real nasty between the Wilson sisters after Ann’s husband, Dean Wetter, was arrested for assaulting Nancy’s then-16-year-old twin sons in 2016. Wetter later pleaded guilty to two non-felony assault charges in the fourth degree, and then Heart announced its split in 2017.

The Wilson sisters sang many songs for the band as well as solo songs. They are most famous in the 70s and 80s. The lead singer of Heart Ann Wilson has confirmed that she and her sister Nancy plan to reunite in 2023 to mark their band’s 50th anniversary.